Backstage/Backstory is about creating evocative images from performing arts rehearsals.
Theatrical plays, musical gigs, even acting classes are the basis of this image art.

Rehearsals are where much of the creative and artistic expression is born.
Filled with their own drama, rehearsals are rich with an emotional complexity rarely seen by audiences.

This is photo-journalistic image making but is not a documentary. No lights, rarely costumed, shot mostly on in plain stages.
However, it does use the energy of actors, singers, dancers, directors, musicians to capture how performances come to life.

The groups involved have been universally enthusiastic about the results.
The project is privately funded and the performing groups can use the final images as they wish. 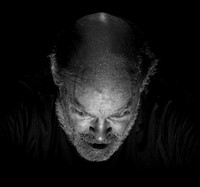